We’re on vacation in North Carolina and having a super-dee-duper time. Enjoy this week’s roundup!

My article Your Economic Stimulus Check Didn’t Include Money For Your Kids? You’re Getting Another Check! was in the Carnival of Money Stories hosted at The Dividend Guy Blog .

Extra special thanks to everyone who shared their confessions and/or wrote their own articles! You rock!

Sears is offering a printable coupon for $5 off a $30 purchase. There are some exclusions, so read carefully. Valid until 1/31/09.  Save this link and use it every time you shop between now and January 2009!

The same page also has a 10% off appliances coupon and other great offers! 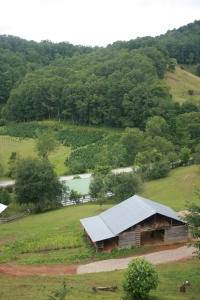 We’re in the mountains of North Carolina visiting my in-laws. They have a wonderful house on top of a mountain, far from the hustle and bustle of civilization. The nearest town is thirty minutes away by car, the nearest hospital forty-five (we found that out last October after Son stuck a pebble up his nose and we had to take him to the emergency room).

There’s something about being here that is good for the soul, and seems to make problems disappear. Husband and I both feel his way, and were looking forward to this trip with a fervor just short of desperation.

We’ve only been here since yesterday morning, and already the mountain’s magic is taking hold. Looking out at the hills and mountains, smelling the fresh clean air. Drinking cold, clean water straight from the tap. Without a water filter, even!

It’s heavenly. Our troubles and challenges don’t disappear, but they sure don’t seem daunting. When we think of them at all. The magic of the mountain…

And something else. Son had sniffles and a slight cough the day before we left. Normally that means three-a-day nebulizer treatments with the probability of a steroid to ease his little lungs. He did three nebulizer treatments at home the day we left, and since we got here there’s been not one cough.

That means either the Magic Mountain air made the cough go away. Or it means the nebulizer is doing it’s job (I’m still giving him the treatments, though only two per day since the cough disappeared – and no steroid!!!). Or it could mean he’s outgrowing the asthma.

I don’t care if it’s one or all three. But I sure hope it’s number three, at least in part. And I hope the magic follows us home.

But even if it doesn’t, thanks Magic Mountain.

Here’s a freebie for you!

You Know What I Did This Summer – Save Money! 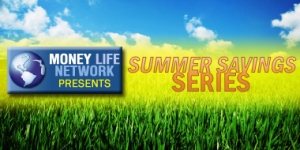 The Life Network is running a Summer Savings Series with articles on how to save this summer. Here’s my entry!

Summer provides its own unique opportunities to save money. This summer is no exception, so I’m hot on the trail of ways to keep cool, and save money.

What are you doing to save money this summer?

The Great Summer Sales are beginning!

The Monster Sale at The Children’s Place offers kid’s apparel, shoes, and accessories at prices of $7.99 and under. As if that weren’t enough, they slice an extra 15% off purchases of $75 or more via coupon code MSAT78. Shipping is a flat rate of just $5. Coupon expires 07/05/2008.

Flummoxed by Finicky Feasters at This Wasn’t In The Plan

I got back from New England on Wednesday and am leaving for the mountains of North Carolina later today. We like to drive overnight so we don’t lose a day. Some say we’re crazy, but it works for us!

My friend Alison over at This Wasn’t In The Plan is on vacation, too. She asked me to write a guest post in her absence, so go ahead over and check out the post I wrote for her, Flummoxed by Finicky Feasters. It’s up today!

While you’re there be sure to cruise her blog, a wonderful mix of recipes and crafts and frugality. If you like it I hope you’ll subscribe to her feed.